ABOUTThe Eden Killer Whale Museum offers visitors the chance to discover the intriguing story of the unique working relationship between the whalers and killer whales of Twofold Bay. The skeleton of “Old Tom”, the most famous of the killer whales is on display as are artefacts of the shore-based whaling industry which operated in Eden from the early 1800’s through to the 1930’s.  The EKWM was established in 1931 and overlooks the north arm of Twofold Bay. Visitors can take in the magnificent views from the deck and catch glimpses of migratory whales and seabirds as well as dolphins and seals.

WordPress.com is excited to announce our newest offering: a course just for beginning bloggers where you’ll learn everything you need to know about blogging from the most trusted experts in the industry. We have helped millions of blogs get up and running, we know what works, and we want you to to know everything we know. This course provides all the fundamental skills and inspiration you need to get your blog started, an interactive community forum, and content updated annually.

Four bedrooms and a second living area which has a sofa bed. The house is fully equipped with all of the modern conveniences – two flat screen televisions, a coffee machine and Wifi.The house also boasts front and back covered balconies, a great barbecue and outdoor eating area, a fully fenced yard.You are welcome to bring your pets.Linen and bath towels are supplied however, your hosts ask you to bring your beach towels.For more information: http://www.edenholidayrentals.com.au/wordpress/2017/11/10/bungobeachhouse/

Source: Bittangabee – or Pertangerbee? What’s in a name? | Light To Light Camps 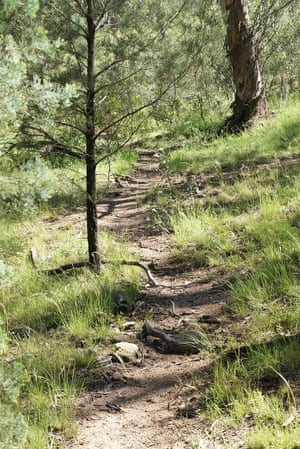 In southern New South Wales, an ancient Aboriginal trail some 365km long links the snowy peaks of Targangal (now known as Mount Kosciuszko) with the turquoise waters of Bilgalera (Fisheries beach) in Twofold Bay, near the coastal town of Eden.Thought to be thousands of years old, the track, after decades of not being used, threatened to vanish from popular imagination like a line of faded ink.John Blay, 70, is the author of On Track: Searching Out the Bundian Way and says once revived, it will become one of Australia’s great walks.Blay has been writing about south-east NSW for more than 30 years. There’s even a wattle that grows up to 25 metres high named after him – he identified it on one of his many back-country adventures.

Eden’s Hotel Australasia – a local hub & the heart of the town:A landmark building in Imlay Street for more than a century, the Hotel Australasia was the last of Eden’s nearly two dozen hotels to be constructed & the most recent to close it’s doors.Mrs. Sabina Pike purchased the one acre allotment that would become the site of the hotel in late 1904, paying £500. This was reportedly the highest price paid for land in the township for a forty year period. In the wake of the purchase, local media reported on Mrs. Pikes intention to build “…a large up to date hotel…” on the block & by December 1904 she had awarded the construction contract to Mr. John Hines. With plans to erect a two-storey 43-room brick structure “…on up to date lines…”, it is believed that the move was made in response to the expectation that Twofold Bay would become the site of the Australia’s federal port.